Freedom should be free 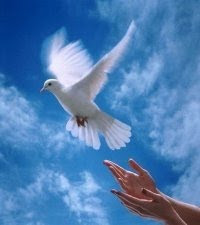 Freedom should be free
http://hatesermons.blogspot.com/2009/11/freedom-should-be-free.html
ABSTRACT: The central theme of this piece is about Freedom of Speech; a hallmark of civil societies. No matter how hateful or ugly people get, we should not curb it, as ultimately freedom stands to gain more for the society, things will wash out. We also have to recognize the inhumanity among us when it comes to the pain of others, that will put us on a higher plateau of finding solutions.

In case of Gaza, the people of Israel, Palestine and Jews around the world are divided, please remember on national issues like this, only fanatics have clear positions, the majority debates the concerns to find lasting and just solutions. The media does not present you with the extraordinary Jewish efforts to do the right thing or the struggles of the Palestinians to be fair given the conditions they are pushed into.

In case of Kashmir, the Indians, Pakistanis and Kashmiris, the Indian Goverment, Indian Media, Scholars and humanists are all divided. The position taking has protracted the conflict, it is time we think in term of long terms solutions that are sustainable; fairness and justness guaranty peace.

FREEDOM SHOULD BE FREE
I was reading one of the posts on the Face book about Kashmir conflict, as usual a majority of the comments sought solutions, a few, spewed hatred. I have pondered over the discussions on conflicts like Gaza and the tragedy of her people. In both the cases, it is appalling to read the degree of degeneration of humanity between the few Pakistanis, Indians, Kashmiris on one hand, and Palestinians, Israelis and the Jews on the other hand. The good news is that only a fraction of the each group of people is ugly for the time being, until they are given a chance to turn around; the majority of them are good people, to which I might add, good for nothing.

As a part of the solution, a few wanted limitations on freedom of speech. I'd like you to consider your own argument against such an idea, and instead go to the root of it and bring about a change through education and free will. Let Freedom be free.

Freedom is gutsy, you wouldn't be afraid to debate and discuss an issue. Ultimately what sustains is participatory decissions. If you clamp down on others, it is because you are afraid and that is a legitimate fear, as one day the tables will turn. Each one of us has to reap what we sow. Taking advantage of the other never works, you live in virtual fears if you do. It happens even among family members and spouse. There is an automated spiritual balance in each one of us. Vanja my friend shared a video on Freedom, it is worth watching, the link is at the bottom. That is the kind of relationship we ought to conder nurturing with the members of our family and friends; to be ourselves and to be free. Real bonding comes from freedom.

Hate is bonding, with it; one is reduced to slavery and becomes worthless to himself and the society. Whenever you think of the person you hate, it makes your blood boil, it makes you run or even violent, it makes you shiver and really makes you worthless for the next few moments until you regain control of yourselves and obtain your freedom back again.

If you justify any killing be it in Kashmir, Gaza or Darfur, you have to ask yourselves, if one killing is justified over the other, because they killed, you have a right to destroy them to teach a lesson, then if they get the power to hurt you, are you saying revenge is fine? Would you like to continue the cycle? Are you willing to take the responsibility of being a murderer?

Your question that "they are the ones who are causing the problem" is short-sighted. Did you think you are the reason it is deteriorating? Are your actions and words mitigating it? If you have the gun would you want to silence them, aren't they doing the same? Are you any better than those murderers?

We have to question our inhumanity, can we justify killing in any shape and form. Killing one human is like killing the whole humanity says the Torah and Quran, the whole world is one family adds the Bhagvad Gita and Jesus says Love thy enemy. Why the heck are we abandoning our own teachings? These teachings should not be resisted because they are religious, instead think of the goodness religion brings to every one us.

One's language determines if one is a peace maker or yet to become one. If one is loaded with sewer in the tummy, bad smells comes out of his mouth or the pen. So we need to monitor ourselves; do my words and actions mitigate the conflict or aggravate it? What is the outcome I want, and how are my words and actions geared to achieve that. Let’s be the change we want to be as Mahatma Gandhi puts it.

As nations, it is our duty to keep law and order and faithfully guard the safety of every citizen. Hate is one of the many sources of disrupting the peace in a society and it is our responsibility to track down the source of such hate and work on mitigating it. We have an obligation to maintain a balance in the society. When we are at peace, we can generate peace and we can expect peace around us.

Mary Ann Thompson-Frenk of Memnosyne Foundation adds, we have to be conscious cultural co- creators of the change we desire. Eboo Patel shares that while other people are spending their time derailing peace and societal balance, we have to focus on matching or exceeding goodness. Prophet Muhammad had said, the only way to combat evil is overwhelming goodness. He even prayed for people who were hurting him, because he believed in invoking the goodness in others. Jesus said, love thy enemy, to which I add, our role in the world as peace makers or religious persons ought is to mitigate conflicts and nurture good will for peace and security of each one of us.

Religion has never been the problem or source of conflict, although some of us find it convenient to ascribe the problems to it, that ain't going to absolve us of the responsibility. It is the individual who drives people into wars, hate and destruction. The verbal wars of Bush and Ahmedinejad escalated the issue and have flared up the conflicts. If the idiots had resorted to fact finding, instead of showing off who is the greater bully; had they employed responsbility in figuring how to mitigate conflicts, the world would have been different today. If these guys can believ in one iota of their religion, they will be fine men. It is still not too late to stop the fiction that is added to it every day. If every one understands his own religion, problems fade and solutions would emerge.

If one is a peaceful and a loving person, only good things will come out of him/her. One needs to guard him or herself and find cures for storing hatred inside and finding a dump for hate. You cannot have peace outside, if your inside is not. Peace begins with you and I (Len Ellis, Dallas Peace Center).

The debate about freedom of speech perhaps exists from the day the society evolved with at least two people interacting. Ultimately freedom is the right thing, the Tsunamis will wash off, but the freedom prevails. Curbing freedom would have kept the world under wraps; women would not have had the freedom, the slavery would have continued, men would have continued to abuse the women and children, industries would have prospered on the sweat and blood of people, and you would have been a victim of it in one form or the other.

Freedom of speech should not be curbed; there have been times that the short term temptation to bring short term peace sounds right.

Freedom should be gauged in terms of individual freedom but tied to law and order at large. Hate speech intentionally disturbs law and order, incites people and as such it should be treated like a murder, a bomb, or a riot. However, one should not be made responsible for his intention, but the consequence of his actions.

Freedom is good, let it prevail.
The gains of curbing are short-term;
The temptations to clamp down may not be evil,
but let the free market find its own balance

Mike Ghouse is a thinker, writer speaker and an activist of pluralism, interfaith, co-existence, peace, Islam and India. He is a frequent guest at the TV, radio and print media offering pluralistic solutions to issues of the day. His websites and Blogs are listed on http://www.mikeghouse.net/
.
If you wish to comment on this note, please click the link and write:
http://hatesermons.blogspot.com/2009/11/freedom-should-be-free.html#comments
#
Posted by Mike Ghouse at 8:26 AM 9 comments: